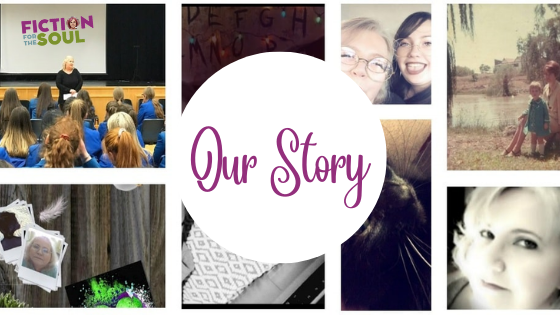 Welcome to our home away from home.

I grew up as the eldest of three children and, as the only girl, I was rather lonely. My brothers were closer in age and being boys, they understandably had similar interests which were different from mine. Moving to a new house, from town to town, from country to country, quite often because of my dad’s job did not help with making friends either. I only made my first, real friend when I was fifteen.

Being mostly alone in my room, I listened to a lot of music, turned my entire bedroom into a Barbie doll town, and read one book after another. With a vivid imagination, I often imagined fantastical worlds with (obviously) me being the lead actress.

As I grew up, I wanted to be a lot of things. An astronaut, an air hostess, a veterinarian, and an optometrist. I never entertained the idea of using my ability to see clear images of the places I imagine in my head (I thought everybody could perform such magical acts) and becoming a writer of fiction. I never grew up thinking, I want to be an author one day. I was told, being a novelist is not a real job. Only the lucky can make a living at being a writer. Publishing houses are strict gate keepers in the realm of storytelling.

Sadly (or luckily), none of these things I wanted to become became a reality. After school I went off to study to be a Maths Primary School Teacher. However, life happened, and two years later, without completing my teacher training, I found myself working as a telephone operator at a financial institution. I worked myself up until I was quite comfortable in my job as a personal assistant, but I yearned to be in a more creative job, like, specifically, advertising. I wanted to write all those catchy slogans and come up with creative marketing ideas. I did end up getting a Marketing Diploma, but quickly learned that it’s hard to get into the advertising world (this was back in the eighties, might I add).

Then came love, marriage and children. And, because I didn’t get the love and marriage right the first time, I did it all again.

The years rushed past. I moved countries a few more times and after living in Ireland for eight years we decided to move to South Africa. My daughter (then seventeen years old) was very unhappy about leaving all her friends behind and having to go to school somewhere else. In hindsight, I probably would have waited for her to finish school but sometimes things do happen for a reason. Sometimes, in the moment, it is so hard for us to see these reasons, but one day, far into the future, we will understand.

In South Africa, I got a job where I did not have a lot to do, and to keep myself occupied for eight hours every weekday, I thought I’d write a story for my daughter where everything turned out right in the end. In the years leading up to this moment, I did sometimes get an idea for an amazing story, and then I would start to write down the words that filled my mind, but these stories weren’t long because I did not know how to unfold the story slowly. I could tell the whole story, from start to finish, in a couple of sentences.

I wrote a little every day and became so absorbed in the story. The beginning is one hundred percent based on my daughter and all her raw emotions, but the rest of the story decided to go it’s own way because I just wrote whatever came into my head for days, weeks, months, and a year.

When I finished writing the story, I thought: What now?

I did some research and found Lulu Press, where I could self-publish my book. I agonised over covers, and taught myself how to do paperback formatting. A few months later, Recycled Souls was published and the very next month I got a cheque for $24. Then, I discovered Amazon KDP, and realised I could sell eBooks, too. Not long after that, Smashwords came on the scene and I went wide.

I can honestly say that I have never sent a query letter because (maybe) I am afraid of rejection, and, also, I don’t want to spend too much of the little time I have to try and defeat those dragon gatekeepers who guard the entrance to brick and mortar stores so bravely.

It’s been more than a decade, and I can now say that I am a fulltime author, and all those naysayers from my childhood who said being an author is not a real job, could not see the wonderful future of indie authors, indie musicians, and artists selling their work online. They could not see a world where the internet could open so many doors for people with an artistic nature. 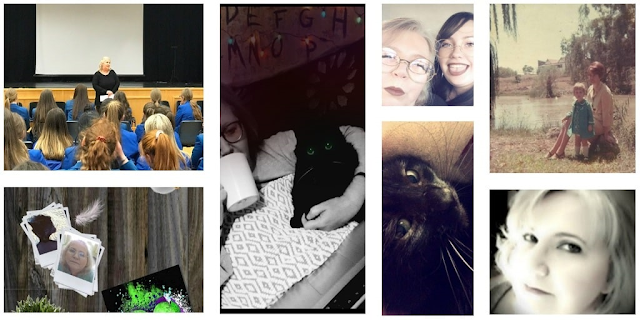 I have a subscription newsletter where you can READ AS I WRITE.

You can also download all my eBooks direct from my shop, and... they're free when you buy the paperback.

You can also stream my audio books. This is still a work in progress, and I'll keep you updated as it comes along.

My greatest wish is to have readers who not only enjoy reading my stories but to also feel a connection with my characters. 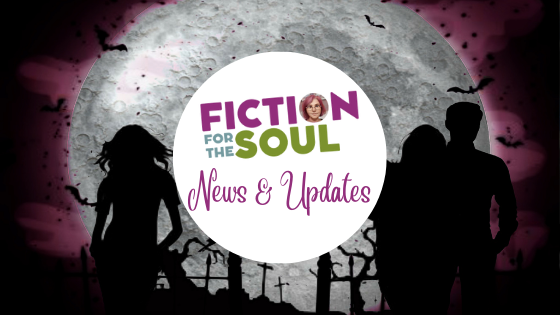